8 Qualities of a Successful Franchisee

7 Best Business Ideas You Can Invest Your P100,000 Capital

Bell pepper production is something that is suitable in certain parts of the country. Bell pepper, also known as Sweet Pepper (Capsicum annuum L.) belongs to the solanaceous family and can be grown throughout the year.
It is a good source of vitamin C and iron and is usually served as fresh or cooked with other vegetables, fish, and meat. It can also be processed as pickles. There are several types: green, yellow, orange, violet, and brown. Other names of this crop are ‘sweet pepper’, ‘atsal’, ‘kampana’ or ‘lara’.
Green pepper is a highly nutritious vegetable. This bell-shaped vegetable with a green, glossy exterior adds a dash of color to any dish. It is also referred to as bell pepper. It has a tangy taste that enhances food flavor. The inside has a small, white foam-like core with tiny seeds attached to it. This pepper isn’t “hot” due to the absence of capsaicin which gives pepper the characteristic “hot” taste. Orange, yellow, and red variants also exist. The pepper is packed with nutrients. It is a good source of vitamins, minerals, notably vitamins A and C, and potassium.

In the Philippines, the production of organic bell pepper is in limited quantities. The major producers of bell pepper in the country are the Cordillera Administrative Region, 45%; Northern Mindanao, 17%; and the Ilocos region, 13%. These regions have cool areas suitable for bell pepper production. In low elevations, planting is ideally done from October to December. In mid and high elevations, it can be grown throughout the year.

Over 90% of fresh, raw bell pepper is composed of water. The rest is made up of small amounts of protein, carbohydrates, and fats.

Sweet pepper requires cool weather for the best fruit quality. In low elevations, October to December is the best time for planting. In mid and high elevations, it can be grown throughout the year.

Sweet pepper grows well in any type of soil with a pH of 5.5 to 6.5. Production is best in sandy loam soil. Its temperature requirement ranges from 25 to 32 degrees Celsius.

One hectare would require 100 to 200g of seeds. Sow the seeds in germination boxes with sterilized media composed of one part compost, 1 part burned rice hull, and one part coir dust, at the depth of 0.5 cm. Use the same media for seedling trays. As a precaution against damping off, broadcast a small amount of fungicide over the media. Water the sown seeds thoroughly for the first three days.
Regulate watering as soon as the seeds have germinated. Harden the seedlings a week before transplanting then gradually withhold water until they show temporary wilting. Seedlings 3-4 week-old are ready for transplanting.

Prepare the area thoroughly. Plow and harrow the field 2-3 times until the soil is well pulverized. For small areas, make plots 0.75 to 1 meter wide for two-row/plot planting. In bigger areas, set furrows at 0.6 m to 0.75 m apart for single row planting. This can be adopted during dry seasons. Use raised bed method (20-30 cm high, 1 meter wide) during the wet season.

Apply basally 10 g of complete fertilizer (16-16-16) in each hole. Application of 250 g of compost per hole is also recommended. This will maintain the good texture and condition of the soil aside from supplementing its fertility.
Transplant during cool weather or in the afternoon when the sun is not too hot to avoid seedling shock. Transplant at a spacing of 0.3 to 0.5 meters between hills.

Use mulch to control weeds and promote better growth. Rice hull, rice straw, or plastic may be used. In the case of the latter, make beds 1 meter wide and incorporate the required manure and fertilizer. Spread the mulch, covering the sides with soil. Make holes 0.5 m x 0.5 m apart.

Irrigate the field once every 7-10 days. Sufficient irrigation water is critical during the early vegetative stage and during the flowering time until the peak of the fruit setting stage.

Nature of damage: Thrips attack the upper and lower side of the leaves by sucking the sap. Areas near the mid-vein are brown and dried up. The major damage occurs on the undersides of new or old leaves.
Pest Management: The use of chemical is still the most effective method of pest control.

Nature of Damage: Young and adults feed on the underside of leaves by sucking the sap. Leaves become distorted, stunted, and often curled under. The upper leaf surface is sticky and has a black moldy growth.
Pest Management: Botanical pesticides/compounds may be tried such as neem extract and water.

Nature of damage: Direct feeding of leaves of pepper causes the leaves to become distorted and curled downwards. Young leaves are cupped downward and narrower than normal.
Pest Management: Botanical pesticides/compounds may be tried such as neem extract and water, or madre de cacao, oil, and water.

Nature of damage: A small darkened partially healed hole at the base of the fruit is evident. The inside of the fruit has a cavity that contains frass and decay. Often, the caterpillar can be seen inside the fruit.
Pest Management: Chemicals such as Methomyl and mimic can be used.

Nature of damage: The first symptom of the disease is wilting of some of the younger leaves or slight yellowing of the lower leaves. If such plants are pulled out, the roots and lower part of the stem which appears normal on the outside will show the burning of the water-conducting tissue under the back of the stem and water socked appearances of the roots.
Disease Management: Avoid using compost and manure contaminated with bacterial organisms. Use only healthy seedlings for transplanting. Remove and burn any diseased plant as soon as it appears in order to reduce the sources of infection.

Nature of damage: Anthractose may occur in the field and develop as a post-harvest decay of pepper fruits. Typical symptoms appear on mature fruits such as small water-soaked sunken lesions that expand rapidly. Lesions may be covered with raised, dark, fungal tissues which may appear in concentric rings.
Disease Management: Be sure to clean seeds. Practice crop rotation. Fungicides like Mancozeb or Benomyl may be used.

Nature of damage: Early symptoms appear as small, circular, water-soaked spots on leaves that later enlarge up to 1 cm or more in diameter. Typical lesions are brown and circular with small to large light gray centers and dark brown margins. Several spots may coalesce causing the entire leaf to turn yellow and drop without yellowing.
Disease Management: Collect and burn all leaves and stems.

Harvest the fruits when they are deep green color turning dull or red. This is the index of maturity which normally occurs around 80 to 90 days after planting

Sort fruits according to market standards and separate damaged fruits. Fresh fruits can be stored for up to 5 weeks at 4 degrees Celsius and with 95% humidity. 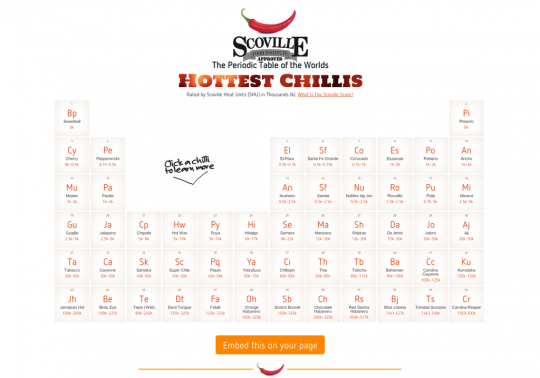 If you find this article helpful, consider donating to Pinoy Negosyo to help maintain content and server expenses. Thank you!

Bell Pepper Production in the Philippines